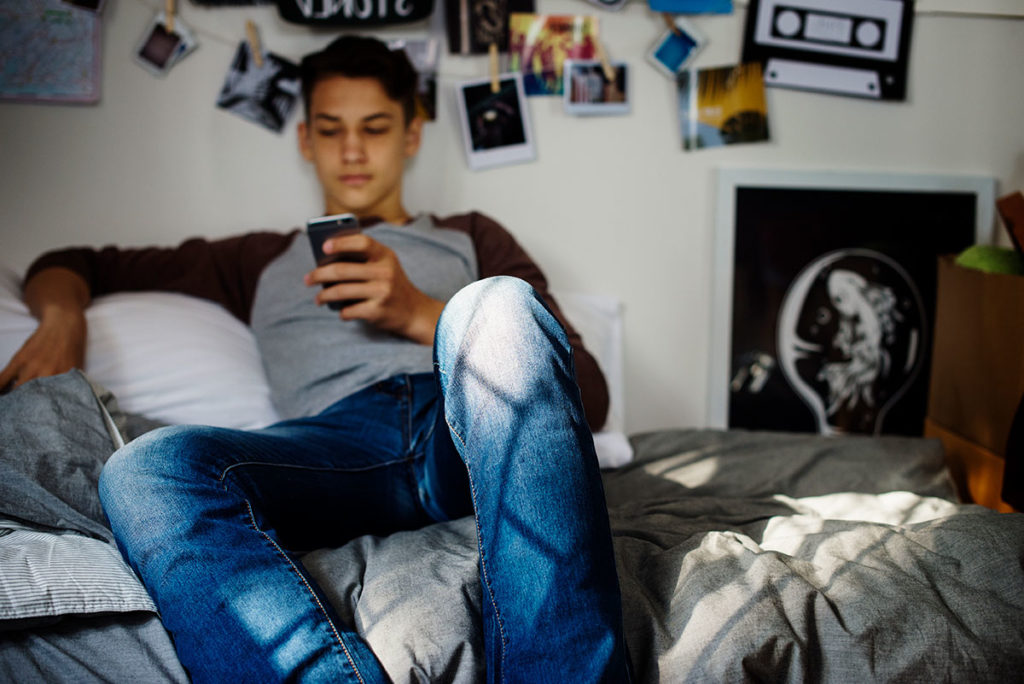 North Carolina colleges are reeling from discovering an extensive drug network spanning three years and three state schools.1 Colleges have long been considered protective environments for young adults transitioning into independent living. However, increases in the use of some drugs on college campuses have caught the attention of experts, university administrators, and parents alike.

An investigation into the drug network began in November 2018 at the UNC-Chapel Hill campus. Eventually, investigators from the Drug Enforcement Agency (DEA) and Orange County Sheriff’s office uncovered a history of drug exchanges between 2017 and the spring of 2020.2 A pipeline that started between Turlock, California, and UNC-Chapel Hill gradually spread to Duke and App State.

The transactions occurred either near or inside three fraternity houses, typically during big events that increased demand for the drugs. Encrypted apps paid for the deals, and payments were filtered through electronic platforms like Venmo and PayPal. One of the defendants noted that the drug deals felt safe because they happened on campus, in private, at one of the fraternity houses.3

How Much Was Distributed?

In this case, suppliers delivered around two kilograms of cocaine and 200 pounds of marijuana per week to UNC. They also distributed narcotics, including LSD, mushrooms, Xanax, MDMA, steroids, and human growth hormones. Three of the fraternity houses on campus sold the drugs. The same supplier also sold drugs to Duke and Appalachian State University.


How Big is the Drug Problem on College Campuses?

How Much is Used?

In recent years, an alarming number of college students have admitted to illicit drug use. A national study from 2018 reported that around 10% of college students had misused pain medications and sedatives. Nearly 16% of students have misused stimulants.4 A 2019 national study of young adults (ages 19–30) reported that 6.9% admitted to misusing stimulants, and 5.8% had misused sedatives and tranquilizers.5 The same study found that 3.7% of young adults have used MDMA (Molly, ecstasy), 6.5% have used cocaine, and 3.5% have used hallucinogens like LSD.

The most significant increases in drug use have revolved around vaping and cannabis. Approximately 22–25% of young adults have vaped nicotine or marijuana in the last year, and 13–15% have vaped in the previous month.6, 7 The numbers are up to 9% higher for college-aged adults (19–22 years old).

In general, Cannabis use has increased by 9% among college students over the last five years. Roughly a quarter of college students reported using marijuana over the past 30 days, and around 10% admitted to daily use. These trends are especially concerning given the findings of a 2016 report by the U.S. Surgeon General. The report warns that over one-in-four young adults who try an illegal drug after age 17 will develop an addiction within seven years.8

How Easy Are Drugs to Obtain on Campus?

Why Do Students Use Drugs?


Which Colleges Were Affected?

Drug use on college campuses varies by region. However, those affected in the North Carolina bust include UNC-Chapel Hill, Duke, and App State. All of the universities have committed to partner with the prosecutors involved in the investigation.

UNC issued a statement articulating that the alleged behaviors were in opposition to the university’s code of conduct. They also said that drug dealing puts their students and the broader community in danger. They have suspended their recognition of the three fraternities involved. The UNC-Chapel Hill Chancellor, Kevin M. Guskiewicz, said, “We are extremely disappointed to learn of these alleged actions on our campus. The university is committed to working with law enforcement to fully understand the involvement of any university individuals or organizations so that disciplinary action can be taken.”11

Duke also released a statement emphasizing how seriously they take the allegations. Michael Schoenfeld, a Duke spokesman, said, “The use and distribution of narcotics is against the law, it is against our code of conduct, and it endangers the health and safety of our students and community. Duke will respond accordingly through our disciplinary process.”

App State also released a statement of their full cooperation with the investigation and their commitment to drug education and prevention.

The UNC fraternities involved in the drug network include Phi Gamma Delta, Kappa Sigma, and Beta Theta Pi. Rob Caudill, the Executive Director for Phi Gamma Delta, said, “These allegations are very serious, suggest conduct which violates our policies and values, and we have zero tolerance for the alleged actions.”

The Executive Director of Kappa Sigma expressed a similar sentiment, stating, “Kappa Sigma is a values-based fraternity, and we expect our members to be law-abiding citizens. Those who violated our standards will be held accountable.”

Beta Theta Pi was initially quiet about the allegations. However, a spokesman recently went on record saying, “The Fraternity does not tolerate the possession, sale, distribution or use of illegal substances and holds its chapters to high standards in maintaining a safe environment for all students. We are working in tandem with our undergraduates, volunteers, and UNC administrators to determine next steps and will take appropriate action as new information becomes available.”

Law enforcement made 21 arrests among all three universities. The defendants ranged between 21–27 years old, plus one 35 year old. At least 11 of those are current or former students of UNC, Duke, and App State. According to WRAL, most were alumni at UNC, with a few defendants from Duke and App State.

The primary supplier was sentenced to 73 months in prison, plus a $250,000 fine. The other 20 defendants faced a range of charges that included conspiracy to distribute cocaine and marijuana, which can result in 5 years to life in prison. Prosecutors said that more individuals could be charged as the investigation continues.


What Were They Selling?

Marijuana and cocaine made up most of the transactions. However, suppliers were also caught with Xanax, MDMA, LSD, steroids, and human growth hormones.

Xana is usually swallowed or snorted. It can cause drowsiness, dizziness, lower blood pressure, and confusion.13

MDMA is swallowed or snorted. It lowers inhibition, elevates heart rate, and amplifies senses; it can cause nausea, chills, and severe kidney failure and death.

LSD and Magic Mushrooms are often consumed orally. They distort the perception of reality and can result in mood swings and strange behavior.

Steroids are swallowed, injected, or applied topically. They increase muscle mass and can improve physical activity; they can also cause acne, fluid retention, and infection.


How Do Universities Handle Drug Charges?

All three universities in this investigation unequivocally committed to work with prosecutors, noting that drug use on campus leads to disrupted education and unsafe communities. Additionally, all of the universities acknowledge that, in addition to school discipline, students convicted of federal drug crimes may be subject to prosecution.

Discipline ranges from academic probation to expulsion and states:14

Duke may mandate a leave of absence and proof of substance abuse treatment before returning to campus. Its policy states:15

Discipline for manufacture, sale, or possession of illegal drug is suspension for one semester for the first offense and expulsion for the second offense.16 Its policy states:

The use and abuse of alcohol or other drugs can have serious negative consequences. High-risk choices can lead to significant academic, legal, financial, job performance and relationship problems, as well as problems with physical, mental and emotional health. High-risk use of alcohol and other drugs is also a factor in injuries and deaths related to overdose, accidents and crimes.


Where Can Students Get Addiction Treatment?

Many students don’t realize when they are developing an addiction. Even if they do, they may be hesitant to get help if treatment disrupts education and delays graduation. Fortunately, a growing number of rehabilitation centers aim to help students recover from addiction and complete their education.

When choosing a treatment service, a medical detox program may be an excellent first step. If substance use suddenly stops, severe physical and psychological symptoms can occur. For example, suddenly stopping the use of Benzodiazepines—like Xanax—can result in hallucinations and seizures. If cocaine use abruptly stops, depression and insomnia can follow. Medical detox programs are closely monitored by medical personnel trained to wean the body and brain off the substance safely.

Inpatient treatment programs pair a medical detox with various therapies to address underlying issues like stress, anxiety, and depression. This program can range between 1–3 months. Outpatient programs are similar, except treatment lasts for only a few hours a day for the program’s duration. Standard therapies included with inpatient and outpatient treatment include Cognitive Behavioral Therapy (CBT), group therapy, and mental health counseling.


How to Choose a Treatment Program

College students may not know where to begin when choosing a treatment program. Most colleges have recovery services available to students. Fortunately, three in four college students report that they know where they can get help if they are worried about substance misuse. UNC, Duke, and App State all have counseling services, substance abuse education programs, and counseling centers to refer students to the best treatment service for their circumstances.

Green Hill Recovery serves students with residential and outpatient programs. At Green Hill, you can separate substance use from your identity. Programs help develop self-awareness and a deep understanding of substance use. The Green Hill mission is centered around growing an honest, balanced, accountable recovery community that empowers you to fulfill your academic and life goals.