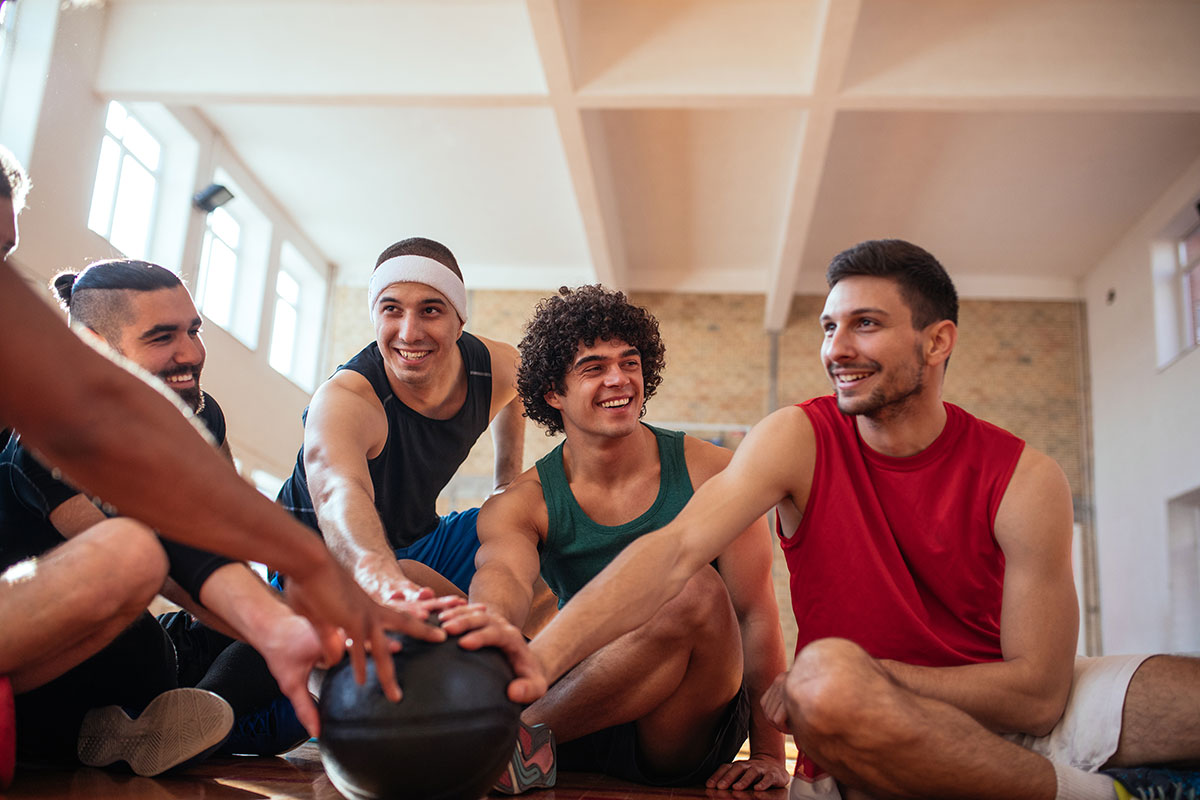 According to the Substance Abuse and Mental Health Services Administration (SAMHSA), alcohol is often used and abused with over-the-counter medications, prescription medications, and illicit drugs. Alcohol can produce a range of negative side effects by itself. It can enhance the side effects of other drugs in unpredictable and life-threatening ways.

Is alcohol a drug?

Alcohol slows down the messages traveling between the brain and the body. The main ingredient of alcohol is ethanol, produced by the fermentation of grains, fruits, and other sugar sources. For example, wine is produced from the sugar of grapes, while vodka is made from the sugar found in potatoes.

Is alcohol a depressant?

Although it has some initial stimulant effects, alcohol is primarily a central nervous system (CNS) depressant. Alcohol turns up the brain’s primary brake, the neurotransmitter GABA. It turns down its primary gas, the neurotransmitter glutamate, making neurons much less communicative. You feel relaxed at moderate doses, fall asleep at higher doses, and may experience life-threatening side effects at toxic levels.1

Is alcohol a stimulant?

Alcohol is classified as a depressant, but it can produce stimulant effects. The initial alcohol signals the brain to produce dopamine, causing you to feel stimulated and energized. Alcohol can have additional stimulant effects, such as an increased heart rate and aggression. Stimulant effects happen when a person’s blood alcohol concentration (BAC) approaches 0.05 mg/l. The depressive effects appear once the BAC reaches 0.08 mg/l.2

General dangers of mixing alcohol and other substances

Alcohol interacts with other drugs in various ways, including marijuana, opioids, and stimulants. Mixing alcohol with other substances can increase the likelihood and severity of an overdose.

One study, published in the journal Alcoholism: Clinical & Experimental Research, analyzed overdose data from more than 600 adults attending a residential drug and alcohol rehabilitation center. It found that 21% of people overdosed on alcohol alone, and 79% overdosed by mixing alcohol with other substances, most commonly marijuana, followed by sedatives, prescription opioids, cocaine or crack, and heroin.3

Mixing alcohol with other substances increases the risk of accidents. You are more likely to get hurt or hurt others as alcohol impacts judgment, vision, and coordination. Injuries caused by violence are a common type of injury associated with alcohol, as the substance increases aggressive behavior. Combined with other substances that can enhance alcohol’s stimulant effects, the risk for an aggressive accident is even greater. Motor vehicle crashes are also common accidents associated with alcohol use. In 2016, 10,497 people died in alcohol-impaired driving crashes in the United States.4

Specific dangers according to class of drug

Valium and Xanax are the most common depressants that are mixed with alcohol. Mixing a depressant with alcohol can have life-threatening effects. Taking two depressants, as alcohol is also a depressant, can dangerously enhance each other’s side effects, which means that the risk for intoxication and overdose is greater.

Xanax is also a depressant, meaning it slows down nervous system activity. Mixing alcohol with Xanax will intensify the side effects of both substances. If the two substances are mixed, over-sedation can occur, possibly resulting in respiratory depression, cardiac arrest, and consciousness loss.

This combination of alcohol and Ativan is dangerous because Ativan and alcohol both depress the central nervous system. Possible side effects include slowed breathing, extreme drowsiness, coma, and death.

Mixing alcohol with another CNS depressant like Klonopin can lead to increased drowsiness, as well as depressed breathing and heart rate. This combination can also be a dangerous risk for overdose.

One of the most common side effects of stimulants is an increased heart rate that causes the body to need more oxygen. Alcohol is a depressant that slows breathing, reducing oxygen supply just when it needs more. The combination of stimulants and depressants strains the organs and can cause respiratory failure and death.

People often mix alcohol and Adderall to feel more relaxed. Contrary to what many people think, the two substances do not cancel each other because one is a depressant and the other a stimulant. Instead, they compete with each other in the body. This competition can cause serious problems, such as alcohol poisoning, heart problems, and behavioral issues.

Some people take alcohol in combination with cocaine, falsely believing that alcohol can boost cocaine and avoid withdrawal. However, mixing alcohol and cocaine can have lethal consequences, including:

Mixing alcohol with a stimulant like meth is on the rise. People who use both drugs may drink more alcohol to feel more intoxicated, leading to alcohol toxicity. The combination can also cause cognitive impairment, a side effect that can be lethal if you get behind a wheel of a car. Mixing the two substances can lead to increased aggression and hostility.

Taking high doses of opioids can decrease heart and breathing rates to dangerous levels. If mixed with another central nervous system (CNS) depressant such as alcohol, it can have fatal consequences.

Fentanyl is a synthetic opioid that is 50 times more potent than heroin. Mixing alcohol and fentanyl increases the risk of dangerous side effects, such as irregular heart rate, respiratory arrest, coma, and death. Taking the two substances together can also lead to an unintentional overdose.

Taking both methadone and alcohol can lead to dangerous intoxication. Taking methadone while drunk can lead to life-threatening complications such as difficulty breathing, low blood pressure, weak heart rate, and coma.

The combination of Oxycodone and alcohol can have serious consequences. Some of the most dangerous side effects include slowing or stopping of breathing or the heart.

Taking alcohol together with heroin increases the odds of an adverse reaction. Possible side effects include an increased risk of developing drug dependency, certain health complications, and a fatal overdose.

Prescription painkillers are opioid drugs. Similar to alcohol, they can slow breathing by depressing the central nervous system. When a person takes alcohol with painkillers, the negatives of the two substances are amplified. The combination can lead to dangerous side effects such as breathing impairment, decreased oxygen in the blood, coma, and death.

Tramadol is one of the most potent pain killers on the market that binds to pain receptors, stopping pain signals. Mixing alcohol with tramadol increases the chances of overdosing on either substance. The severity of the side effects depends on the amount of tramadol and alcohol taken. Excessive amounts can lead to overdose, stopped breathing, and death.

According to the National Institute on Alcohol Abuse and Alcoholism, 28% of people living with chronic pain use alcohol to self-medicate.5 As chronic pain and stress frequently go hand in hand, many people see alcohol as means for dealing with anxiety and depression.

However, combining medications for chronic pain with alcohol is hazardous. For example, drinking alcohol while taking acetaminophen (Tylenol) may lead to liver failure. Mixing alcohol with aspirin may increase the risk of gastric bleeding. Opioid painkillers in combination with alcohol may suppress respiration, especially in older people.

One of the most commonly prescribed medications for insomnia and other sleep disorders is sleeping pills, such as nonbenzodiazepine hypnotics. Sleeping pills cause sedation and suppress activity in the central nervous system, similarly to alcohol. Many individuals who use sleeping pills often mix alcohol with the medications to enhance the sedative effects. However, taking two depressants at the same time can increase the depressive effects each substance produces. The combination poses a high risk of an overdose, resulting in dangerously slow breathing and brain activity leading to death.

Anti-anxiety medications such as Xanax and Valium are useful in controlling the symptoms of anxiety-related conditions. However, the combination of anti-anxiety medication and alcohol can have a synergistic depressant effect on the central nervous system and produce a range of side effects. Some of the side effects include impaired motor skills, memory loss or amnesia, dizziness, and dramatic mood swings. It can also lead to an overdose that has the potential to result in a loss of consciousness, coma, or even death.

According to research, more than 60% of people with bipolar disorder abuse alcohol or drugs.6 Some of the most commonly prescribed medications for bipolar disorder include mood stabilizers or anti-seizure medications, atypical antipsychotics, and antidepressants.

Combining alcohol with bipolar disorder medications can lead to side effects such as dizziness, memory impairment, confusion, poor judgment, and an increased risk for falls and injury. Some drugs, when combined with alcohol, may lower blood pressure and increase the risk for fainting. Other possible side effects include hallucinations, delusions, paranoia, depression, suicidal thoughts, and panic attacks.

Some of the most common borderline personality disorder medications are mood stabilizers. People dealing with the condition will mix their prescribed medications with alcohol to numb the pain of their fear of abandonment. However, the combination can enhance both drugs’ negative effects, leading to drowsiness, nausea, and poor coordination. Alcohol can also worsen depressive episodes and additionally impair judgment in mania.

Mixing alcohol with antidepressants is not advised because alcohol can make depression worse. Alcohol can also increase the side effects of some antidepressants, such as drowsiness, dizziness, and coordination problems.

The most commonly prescribed medications for PTSD include antidepressants and anti-anxiety medications. Combining alcohol with antidepressants is not recommended as it can worsen the existing symptoms of depression. Taking alcohol with anti-anxiety medicines such as Xanax and Valium can lead to a range of adverse side effects, such as drowsiness, impaired driving, and respiratory depression.

Treating addiction to alcohol and other substances

It’s possible to develop an addiction to alcohol and another substance simultaneously. Being addicted to more than one substance can make addiction treatment more challenging but not impossible. In such cases, detoxification is highly recommended. The withdrawal symptoms from the two substances can be very uncomfortable. Detox will happen under a 24/7 supervision of a medical team that will ensure the experience is as safe and as comfortable as possible. Inpatient or outpatient treatment can also help treat addiction to alcohol and other substances. Inpatient treatment is suitable for addressing severe conditions with a highly structured program to offer guidance throughout each recovery step. These programs can vary in length, ranging from 30 days to 90 days, depending on the addiction’s severity and recovery progress. You attend one-on-one and group therapies and receive medication, meal plans, and comfortable accommodation. Outpatient programs are less structured and are geared towards addressing a mild case of substance use disorder. During outpatient treatment, you continue living at home but attend on-site activities for a few days per week. This information should not replace a visit to a doctor or treatment center. If you are concerned that you or a loved one might be suffering from addiction to multiple substances, ask for professional help today.