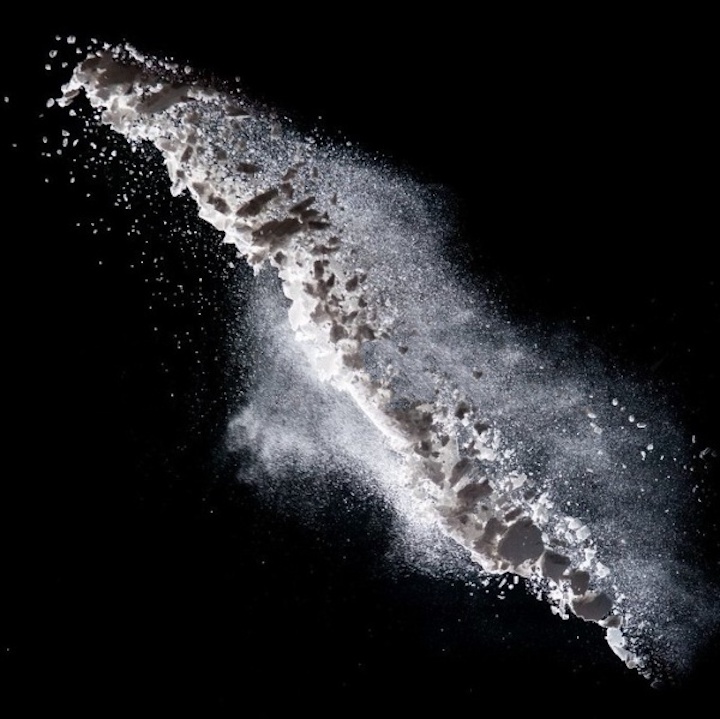 Flour on the Invisible Man: The Family Role in Addiction

Thought experiment: How would you behave if you were given the power of being invisible when you wished for it? I suspect you’re probably similar to me in that you’d hope you wouldn’t abuse your powers, but probably also know the temptation to abuse the power would be ever present. It may seem like a random and arbitrary thought, but I think it functions as an appropriate metaphor for how family systems most often unwittingly contribute to addiction issues of a loved one. Addiction is something that rarely, if ever, only impacts the person abusing substances. It takes on a persona of its own and runs amok in a family. Often, the chaos is experienced but not discussed openly.

At this point, if you’re still reading I commend you and also question your sanity. Nonetheless, I can try to explain further to try to give some context to a potentially horribly ineffective metaphor. Early in my clinical career I had a psychologist friend in a treatment team meeting suggest the clinician “throw flour on the invisible man” during a family session. As someone that has the attention span of a hummingbird, I often fall in love with metaphors as they allow me to take complex ideas and reduce them into something quick and applicable. This particular metaphor snatched my attention and I immediately sought my friend out to discuss further. Her essential point was that there are often invisible dynamics, aka “the invisible man”, that are happening within human interaction and that people often avoid talking about them. As a result, they remain invisible and are allowed to run amok and unchecked. In this case, addiction is the “invisible man” in the family system and is causing chaos and hurt. As a dynamic, it is not interested in using “its” powers for good. It’s interested in meeting its own ends regardless of its impacts. One of the surest ways to give addiction the power to do that is to let it remain invisible.

When a family is dealing with a loved one struggling with addiction or substance abuse it’s easy to put your head down and pretend that there’s not some invisible force causing chaos. In the short term, it feels more comfortable to not raise concern about what everyone is seeing because it avoids painful conflict. However, this often leads to a family unwittingly supporting the ongoing addiction or substance use problems.

One of the quickest ways to begin a path to recovery is by eroding the addiction dynamic’s power by “throwing some flour” on it. For the purposes of this metaphor it can be something as simple as pointing out what is going on and starting to talk about it honestly and accurately. I’ve come to believe that a lot of suffering that happens in families comes from our reluctance to have difficult conversations and, frankly, addiction or substance abuse may be one of the most uncomfortable conversations to have.

The uncomfortable emotions that are present are completely natural and the impulse to avoid any difficult conversations that triggers those emotions is also a completely natural impulse. However, no matter how relieving it feels in the short term to avoid these conversations you’re only “kicking the can down the road.” The longer you do that the longer the “invisible man” can keep causing problems.

The irony of this avoidance is that it’s likely everyone already knows there is an issue while attempting to ignore it. I have often found that simply being bold enough to discuss the “invisible man” will be a source of anxiety reduction. The sooner everyone gets on the same page the sooner everyone can start to understand their roles in creating the “invisible man” and starting to co-create solutions.

It’s often important to get in the habit of having these conversations early. It may feel uncomfortable at first and you may struggle to find the language to use, but that’s ok! If you try to find the perfect time or the perfect words you run the risk of over analyzing and avoiding the conversation entirely. It’s best to try to enter into the conversation with openness and curiosity instead of defensiveness. It’s entirely likely that everyone will be uncomfortable discussing your loved one’s substance use, so it’s best to not attempt to tread into that conversation in as calm of a way as possible. After all, the family isn’t going to “solve” the issue off of one conversation.

It’ll be important to engage in the conversation in a way that makes it as easy as possible to continue the discussion or for your loved one to reach out for help. This isn’t likely to happen if your loved one feels fearful of judgement or a big argument.

In short, addiction often thrives on operating in secret and the family can unwittingly maintain the secrecy by avoiding having discussions around what is being observed or experienced. No one wants to have these sorts of discussions with a loved one. In a perfect world, everyone would be getting along with ease, but we do not live in such a world.

If you’re struggling to have this conversation you can always reach out to a substance abuse counselor, interventionist, or therapeutic consultant. These are the types of professionals that can often help the family create a plan for having these sorts of conversations and creating a plan to address them.